Home BlogMost famous tiktok star in the world with their followers

Most famous tiktok star in the world with their followers

Hey guys do you know who is the most popular TikTok star in the world? If you do not know, then today we are going to tell you about it. Tik Tok was previously known as Musically. Now the name has been changed to the TikTok. Loren Gray joined tik tok in 2015.she is world's most popular tiktok star.Loren complete 37 million followers in short time . She eventually moved to Los Angeles and grew her other social media platforms. Today she has more than 18 million Instagram followers. It is popular for its lip-sync, dance and funny videos and duat with others. she is released good songs in his youtube channel . Songs like "My Story","Kick You Out" ,"Queen" ,"Options" ,"Lie Like That". Zachary Michael King is an American Vine and TikTok star.which was him escaping a jail cell. His video caption was "Need help posting bail, oh wait nevermind." He has amassed a following of 32.4 million followers and 287.7 millions likes on the popular app. Ariel Rebecca Martin popularly known as Baby Ariel, is a very famous and popular American Actress TikTok star, she has over 30.2 million followers on her TikTok account. She is from Florida, United States. she is posted first video in may 2015.Ariel has also built a following on other social media networks, including more than 9.4 million followers on Instagram, 3.1 million subscribers on YouTube, 1 million followers on Twitter and 280 thousand followers on Facebook. Finally Riyaz complete 27.4 million followers and stay first in india, Riaz aly is India's most popular tiktok star. Riyaz complete 27 million followers in short time . It is popular for its lip-sync, dance and funny videos and duat with others. he get finally verified account from tik tok offical app . His started journey from a simple comedian and now he biggest and popular Tik Tok Starin india.

Riyaz lives from Bhutan but he is Indian by nationality. Also Riyaz's has 5.3 million followers on Instagram. now hos tik tok  account has 1.2 Billion hearts. Gil Croes is an Aruban TikTok star with over 22.98 million followers on TikTok, and he is famous for his comedy skits and lip-sync TikTok videos. He even uploads videos on YouTube on “CroesBros.” He even has an Instagram account where he has over 800k followers soon he is going to achieve the milestone of 1 million followers on Instagram. 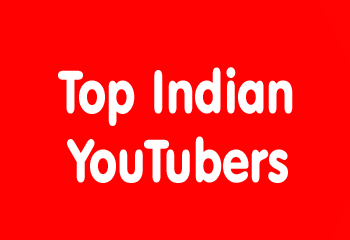 How to find vehicle owner detail in india

What is Google Assistant and how it's use

How do I use Truecaller in my smartphone